The capital city craves, begs really, for a Cheesecake Factory and Dave & Buster’s. Alas, Gainesville, home of Florida State’s grid iron nemesis, can brag that both businesses are going to the Swamp.

The Ocala Star Banner reported the Cheesecake Factory news based on an announcement made during a press conference detailing the company’s plans to occupy an 8,000 square-foot space in Butler Town Center for a fall opening.

Once doors open, it will be a two-hour drive for Tallahassee residents hankering for the colossal menu and 50 signature cheesecakes or Dave and Buster’s drinks, american bar food and arcade games.

“We remain a growth-oriented company and continue to believe there is a potential for 300 domestic Cheesecake Factory locations,” according to the company’s 2017 annual report. “We will invest capital in great sites that meet our rigorous standards, with an eye toward balancing our ongoing capital allocation decisions with the intent to generate the best long-term returns for our shareholders.”

According to Google.com/trends, the Cheesecake Factory and Dave & Buster’s pull in loads of search requests from hungry netizens in the capital city.

But why won’t they open in Tallahassee?

A company representative for the Cheesecake Factory didn’t respond to inquiries but one local Realtor has a theory.

“We are 100,000 people away from the demographics they require,” said Brad Parker, president of TLG Real Estate Services, specializing in commercial real estate.

When a large chunk of commercial real estate hits the Tallahassee market, Parker said his company reaches out to national chains to gauge interest. The Cheesecake Factory has been contacted many times.

“Their standard response is that Tallahassee does not meet their demographic standards,” he said.

But, Parker said, Gainesville has high traffic trickling in from I-75, which was likely the lure that sealed the deal for the Cheesecake Factory and its aggressive expansion plan.

Tallahassee is largely rural in the surrounding areas.

Another issue for Tallahassee comes down to being landlocked.

Parker said the most likely area a Cheesecake Factory could go would be in the Thomasville Road and I-10 corridor. Before that happens, he said changes toward zoning rules would be required to open more possibilities for commercial use.

“Until they change their demographic requirements,” Parker said, “we are just not a candidate.” 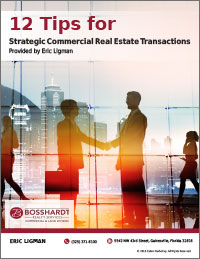